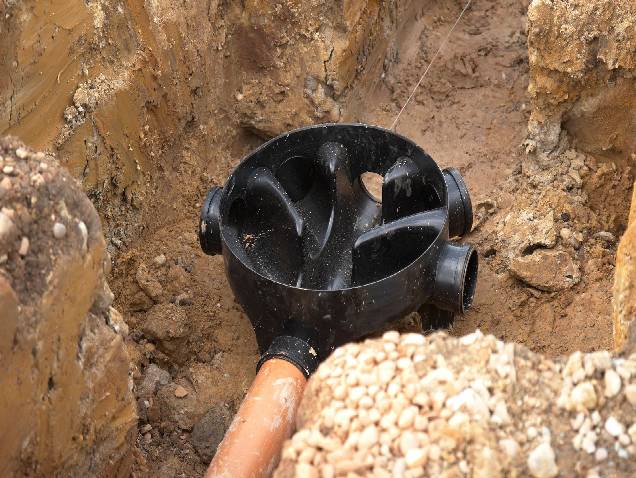 Private Utility Locating is a service provided by MT Private Utility Locating Services. We are called for in situations where the 811 One Cal mark-outs will not fully identify all utilities on a site. We provide our services on private property, large industrial facilities, university campuses, or construction sites. Any time that a contractor, or even a home -owner, needs to dig into the ground, they run the risk of hitting utility pipes and wires. We visit your site before a project begins and locate the exact placement and depth of each type of utility on the property prior to excavation.

Ground-penetrating radar services (GPR) is a non-destructive method of scanning and profiling an area to ascertain the existence and location of underground utilities, buried valves, tanks, or other structures. GPR is in particular useful for determining the presence and location of non-metallic lines that do not respond to electromagnetic locating methods provided that the proper soil conditions exist. It is another tool used and available upon customer request in conjunction with the multitude of specialized equipment. Our team uses GPR to determine what is in the underground and make your site safe for excavation.

GPR uses high-frequency (usually polarized) radio waves, usually in the range 10 MHz to 2.6 GHz. A GPR transmitter and antenna emits electromagnetic energy into the ground. When the energy encounters a buried object or a boundary between materials having different permittivities, it may be reflected or refracted or scattered back to the surface. A receiving antenna can then record the variations in the return signal. The principles involved are similar to seismology, except GPR methods implement electromagnetic energy rather than acoustic energy, and energy may be reflected at boundaries where subsurface electrical properties change rather than subsurface mechanical properties as is the case with seismic energy.
The electrical conductivity of the ground, the transmitted center frequency, and the radiated power all may limit the effective depth range of GPR investigation. Increases in electrical conductivity attenuate the introduced electromagnetic wave, and thus the penetration depth decreases. Because of frequency-dependent attenuation mechanisms, higher frequencies do not penetrate as far as lower frequencies. However, higher frequencies may provide improved resolution. Thus operating frequency is always a trade-off between resolution and penetration. Optimal depth of subsurface penetration is achieved in ice where the depth of penetration can achieve several thousand metres (to bedrock in Greenland) at low GPR frequencies. Dry sandy soils or massive dry materials such as granite, limestone, and concrete tend to be resistive rather than conductive, and the depth of penetration could be up to 15 metres (49 ft). However, in moist or clay-laden soils and materials with high electrical conductivity, penetration may be as little as a few centimetres.
Ground-penetrating radar antennas are generally in contact with the ground for the strongest signal strength; however, GPR air-launched antennas can be used above the ground.

Hydro Excavation is the process of removing or moving soil with pressurized water. An air conveyance or vacuum is then used to transfer the soil or debris to a debris tank. This allows for a non-destructive and more accurate way to excavate soil and locate underground utilities.

Major investments need to be made in society's utility supply lines
• Water mains
• Sewage systems
• Telephone lines
• Power lines
• Gas mains
Repair and replacement of utility lines can be carried out in the optimal manner when based on an efficient GIS/utility mapping system.
MT Private Utility Locating Services, LLC provides underground private utility designating services and hydro-vac excavating services. Utility designating uses a method to identify private utility lines and cables at the surface to detect the underground location of the line or cable by electronic means. This method is accomplished primarily through electromagnetic locating methods where the target facilities are metallic or placed with a metallic tracer wire.
Non-metallic pipes (PVC) or utility lines cannot be used to transmit an electronic signal. We cannot provide any assurance that any non-metallic underground utilities will be located. Additionally, because rebar and wire mesh in concrete can distort the electronic locating signal, we cannot provide assurance that marked locations underneath such concrete will be precise.

Call for a Quote
Scroll To Top